The Rising Cost of Aluminum and Steel

If you’ve ever seen Jurassic Park, the 1993 movie about dinosaurs, then you’ve heard Ian Malcolm’s description of the chaos theory – a butterfly could flap its wings in Peking and you get rain in Central Park instead of sunshine. That’s what the aluminum and steel markets feel like right now.

The cost of steel and aluminum have been rising for 16 months (and skyrocketing for 7-8 months, starting with threats of tariffs and then the actual tariffs., which makes things difficult for smaller, metal fabricators like Mac Metal. But why have prices risen? Well, it’s kind of like that butterfly.

The Two Schools of Buying Metal

There are basically two philosophies behind purchasing steel and aluminum. Larger users, like big major manufacturers, value reliability over price, while smaller users like locally-owned metal fabricators rely on purchasing metal at the lowest cost possible.

This makes sense. Larger companies have supply chains and need to make sure everything is where it needs to be, when it needs to be there, while metal fabricators are contract players seeking out materials when they need them.

Because the needs of these two groups are vastly different, each relies on different methods to procure their materials. Larger users go directly to steel mills or contract with steel service providers – which provide that reliability the larger firms require at a potentially higher cost (these contracts perform well when material goes up at a medium pace), while smaller companies are spot buyers – who get metal at the lowest cost wherever they can. This, of course, includes globally-produced raw materials.

If you’ve been watching the news lately, you’ve probably heard the word “tariffs” bandied about. According to Investopedia: A tariff is a tax on an imported good at the border. Tariffs have been a tool for governments to collect revenues, but they are also a way to protect domestic industry and products. The theory is that with an increase in the price of imports, American consumers would choose to buy American goods instead. (Source – Investopedia)

In May, the United States imposed tariffs on imported steel and aluminum from the European Union, Canada and Mexico – 25 percent on steel and 10 percent on aluminum (Source – The Washington Post). That was after the U.S. did the same thing to India, China and Russia in March (Source: The Independent).

Politics aside, the cost of aluminum and steel were already on the rise. Both experienced a dip in prices at the beginning of 2016. Back then, aluminum was trading for around $1,500 per metric ton, but recently it was trading at well over $2,600 per metric ton. Steel prices are following similar trends, starting rise well before those tariffs kicked in. Why? Here come the butterflies.

NAFTA to bring some relief

Right now, leaders from Mexico, Canada and the United States are meeting to finalize an updated version of the North American Free Trade Agreement. Originally agreed upon in 1994 (back when Ian Malcom was still talking about those butterflies in movie theaters), the Trump Administration withdrew from NAFTA in an attempt to bargain for a better deal.

Since many metal fabricators, like Mac Metal, and other smaller manufacturing companies rely on the lower steel and aluminum prices these agreements foster, we are hopeful a new NAFTA deal could at least address the steel pricing issues going forward.

No matter what the market does, or what surprises those butterflies bring, Mac Metal will be here providing excellent custom weldments for our customers, crafting quality metal components from sheet steel, light plate, aluminum, copper and stainless steel.

Quote Your Next Project with Mac Metal 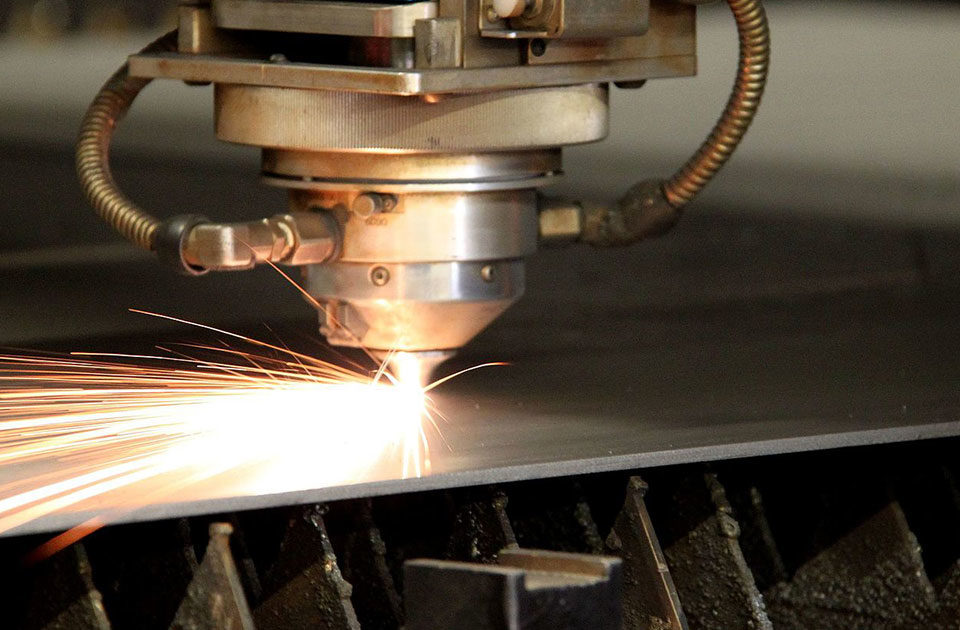 Laser Cutting: Why We Chose Fiber Over CO2

This site uses functional cookies and external scripts to improve your experience.

NOTE: These settings will only apply to the browser and device you are currently using.